Allsortz Open Mic has been going for just over three years now and what an amazing journey it’s been.

This year has been our favourite so far. We’ve become a Community Interest Company solidifying our commitment to provide young performers with a supportive and professional platform to share their talents. We’ve also pitched up at some pretty amazing venues this year including, Queen Elizabeth Olympic Park, Southbank Centre and Portcullis House. Here are some of the pictures that sum up our great year! A massive thanks to all the performers, venues, live audiences, social media followers and volunteers that have really made this year for us! A few more weeks and we start again in 2015! Be sure to join us! 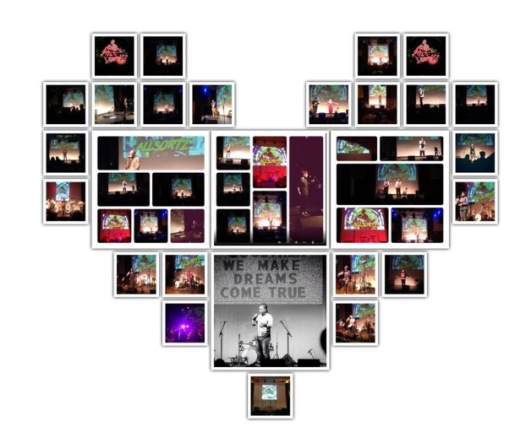 February was the month of love and cheese, and we welcomed it with open arms

In between shows our founder decided to turn his hand to a bit of design work and came up with these beauties – obviously they’re limited editions! Lol

Another month and another great show. King Kash tore up the stage at Rich Mix with his unique mix of hip-hop and rock.

He’s a little selfie of the road trip to BBC London 94.9FM with ultra-talented band, Cielo. Big thanks to Sunny and Shay for providing yet another platform!

Fast forward to July and we took Allsortz Open Mic artists to the Queen Elizabeth Olympic Park as park of the Great British Carnival. We provided an eclectic mix of 100 performers across three stages sharing their talents with over 50 thousand people! We were massively supported by the Mayor of London’s Peer Outreach Team and formed Carnival Xtra.

A quick stop off at Dalston Roof Park for a summer collaboration with Lyrix Organix!

You’re not seeing double, this was Allsortz Open Mic back in the Queen Elizabeth Olympic Park for a special six week run of Sunday Sessions! All part of the incredible London Legacy Development Corporation’s Local Programme. But first a quick stop off at Reprezent Radio for some promo!

Taking over Portcullis House for Parliament Week! We had those MPs rocking….ok swaying! Lol 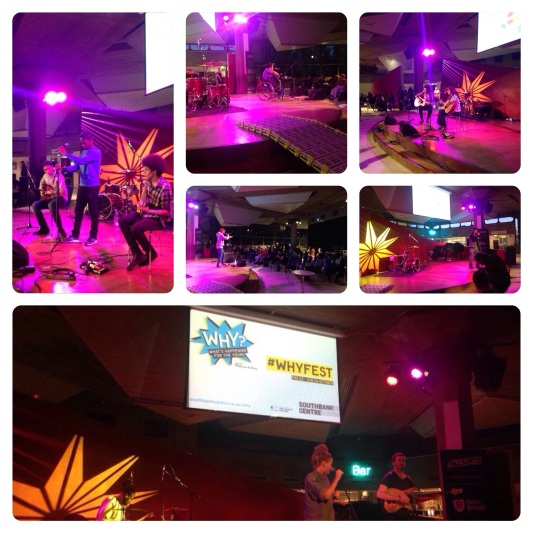 Yep another venue off our wish list – Southbank Centre London! What a great night! 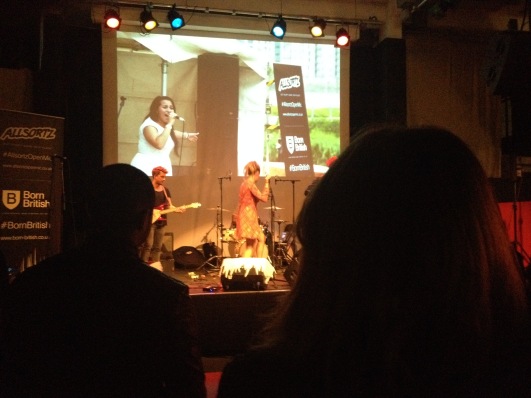 And finally it’s December! Christmas Showcase time featuring some of this year’s best performers! We honestly couldn’t do it without you! See you all again on January 18th 2015.

It was the second Monday of the month, so that could only mean all roads led to Rich Mix for another Allsortz Open Mic showcase. (See below for next Allsortz Open Mic date)
As always we promise to bring you all a fresh mix of emerging talent and May’s showcase was no different.
(Check out the videos here)
Having performed as a wildcard in April, Ronoc took the stage for main act this time around. Strapped with his guitar and sweet vocals, the audience couldn’t help but tap their feet along to the songs.
(@RonocMusic)
Singer Christiana O was one of many talented acts during the night; female rapper Thandi shared her unique delivery and singer/songwriter Neecie Gold also took to the stage. We also had the pleasure of welcoming comedian Howell James back on stage who also explained where people can follow him – by following him out of the door when he left!!
Stand out performances of the night were by some members of ‘The True Family’ (TTF). First up we had spoken word by Emmanuel Speaks followed by Dwayne Edwards who performed acapella . Last but not least we had the man of the hour, Mr. True (aka Nego True), share some heartfelt poetry; with his sister in the audience, we had the pleasure of seeing him perform his latest piece ‘Letter To My Little Sister’.
(@NegoTrue)
King Kash took the stage by storm! The energy was brought up to a whole different level when they jumped on stage rapping with a live band.
(@KingKashMusic)
As well as our main acts, we had the pleasure of welcoming wildcards to the stage. Spoken word artist, Kirtis Franklyn, joined us by sharing an emotional story that touched everyone in the audience; Jack Argles also caught the audience off guard with his hard hitting poetry and we had the pleasure of welcoming an #AllsortzOpenMic regular back on stage, Linah Nambooze.
Closing May’s edition of #AllsortzOpenMic was by spoken word artist Jolade. Leaving us all on a powerful, honest piece ending on an inspirational note of…’The world is yours’.
(@JoladeSpeaks)

Next month we’re on Monday 9th June, so stick the date in your diary and come and support us and London’s talented artists. If you’re interested in performing go here. (Please read the instructions carefully before submitting your email).

'be the authentic you'

Top 10 of Anything and Everything