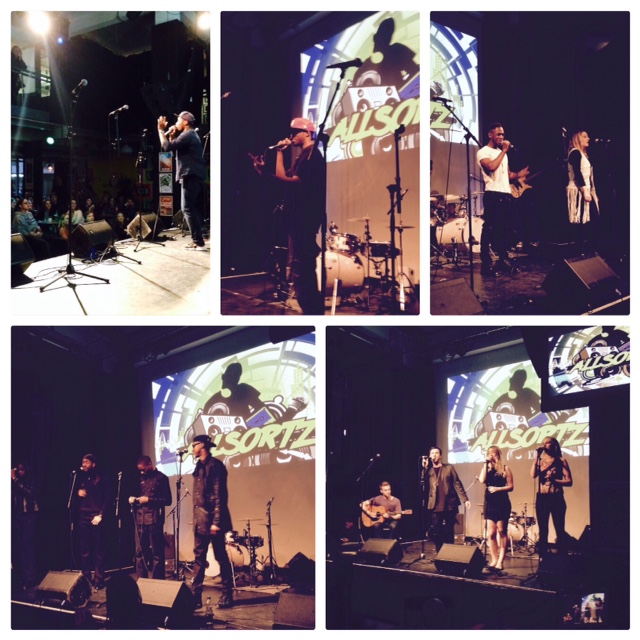 This month’s Allsortz gig began with a lively atmosphere from the get go with audience members buzzing in anticipation of the some of London’s amazing talent. It was also great to see so many new faces. (See videos below)

First to be introduced to the Rich Mix stage was rapper Lemzi, who kicked off with his piece “No Place Like Home”, touching upon the hard hitting theme of abuse and disruptive family relationships. The inspiration rapper also continued to perform his pieces “I Don’t Wanna See You Cry” and “Regulate Yours” which resulted in some friendly audience interaction really getting the crowd going. The set incorporated a range of styles including some modern jazz hip-hop, and an old school rap flow.

Following this was a beautiful set performed by the extremely talented Prizz alongside his guitarist James. Performing for the first time together, the duo warmed those present with some incredibly mellow vocals and unbelievable skill. The artist performed his songs “Simplicity” and “Stay” leaving the crowd moved.

The next section of the night, saw the wonderfully brave wildcard acts perform after being inspired by acts they had seen on stage. First to take the spotlight was young rapper and black activist Lois Lane with some hard-hitting, passionate words of truth. Next up was Kyroe – a rapper from west London who performed a piece recently released on his mixtape, which demonstrated his lyrical creativity. The final wild card of the evening was brought to us by a group of international student singers from Norway who performed a powerful and melodious version of the recently released “Four Five Seconds” by Paul Mccartney ft Kanye West and Rihanna,

Resuming the main slots was the outstandingly gifted Kit Rice, who blew the audience away with his pieces “BYOB”, “You Really Need e”, “Rearview Mirror” and “So Gone”. Not only did he perform with great pizazz but also his original pieces really unveiled his diverse and impressive vocal skills.

Next in line was Andre Bentley performing for the first time on the Allsortz stage. Thesinger performed alongside the highly energetic band Musical Minds; the smooth vocalist first began by nailing an acappella version of Nina Simone’s “Feeling Good” before moving on to perform his own tracks “Anything” and “I Want To Get Away” 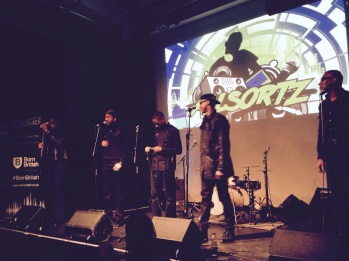 Last but most certainly not least on stage were the very dynamic, stand out performers of the night OMG Collective, currently made up of five members. Together the group closed the night with their quirky lyrics, comical and highly interactive performance of their pieces “Facebook Thing” “Babble”, “Over Rated”, “Inhibitions” “Neyo Groove” and “Bounce”. A fantastic way to end an incredible evening of raw talent in London!

Check out the videos from our latest event here!